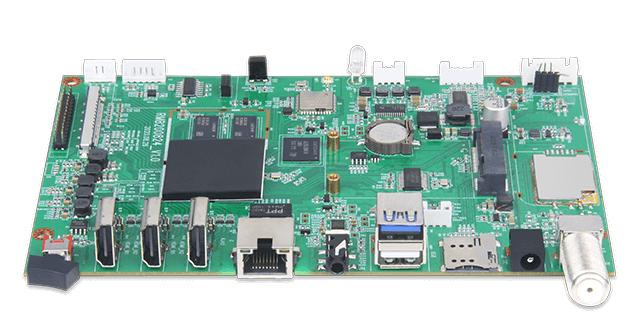 All You Need to Know About Embedded Single-Board Computers

Embedded computers are the upgraded and purpose-built equipment which have caused quite a stir in the industrial setup because of their incredible turnouts. In this article, you will be amazed to learn about one of its types called the embedded single board computer. To know more about this tiny computer with mighty jobs, stay hooked till the end!

What is a Single-Board Computer?

What would you call an embedded functional and complete computer having the microprocessor, memory, input, output, and other features constructed on a single circuit board, where the RAM is built with a predetermined amount. For the peripherals, the expansion slots do not exist.

Being a simplistic design computer, SBC may appear incompetent, but the secret lies in its simple structure. It’s astonishing to see a simple computer performing high-end and complex tasks. The oversimplified and unchangeable structure results in less exposure to bugs and other technical and programming issues responsible for downtime. This property renders it the tag of reliability. On the contrary, consumer-held computers often encounter bugs and other conflicts, thus slowing them down.

Since technology, commercialization, and industry go alongside, their collaboration is always thrilling. Incorporating technology is the need of the hour, which is why this single circuit board computer has numerous applications. You can find it literally anywhere. Look for SBCs wherever reliability is the core requirement, and you will see how this wonder device outnumbers many others.

It is because of this particular reason that SBCs are always leading the priority game. They are considered essential when running the always-on, ready to fire missile guidance system. The defense systems invest more in these embedded computers for all legitimate reasons.

Medical imaging is a sensitive field, and SBCs make the diagnosis and treatment precise.

On the consumer level, SBCs have multiple applications too. You can see them in appliances, phones, video game consoles, and others. One of its significant uses on a domestic level is that of a home server.

As a home server, SBCs are capable of not only storing the digital files but can share them with other systems as well.

The Raspberry Pi version of SBCs can be used as a video gaming console, a desktop, or even as a media center.

Technological advancement has blessed the devices with powers strong enough to astonish us. The single board computer is a piece of an exceedingly sophisticated equipment built entirely on a single circuit board. It is liked for its simplistic design. It is tiny, compatible, definite, and accurate when performing designated tasks. Its applications are numerous, and every industrial sector has grabbed it for an efficient and reliable setup run!

No comments to show.